Large cut glass vase with prism pattern. Stuart Crystal mark to the base. Attributed to John Luxton. Luxton did not sign his pieces but the cut circles and lenses are consistent with his style. 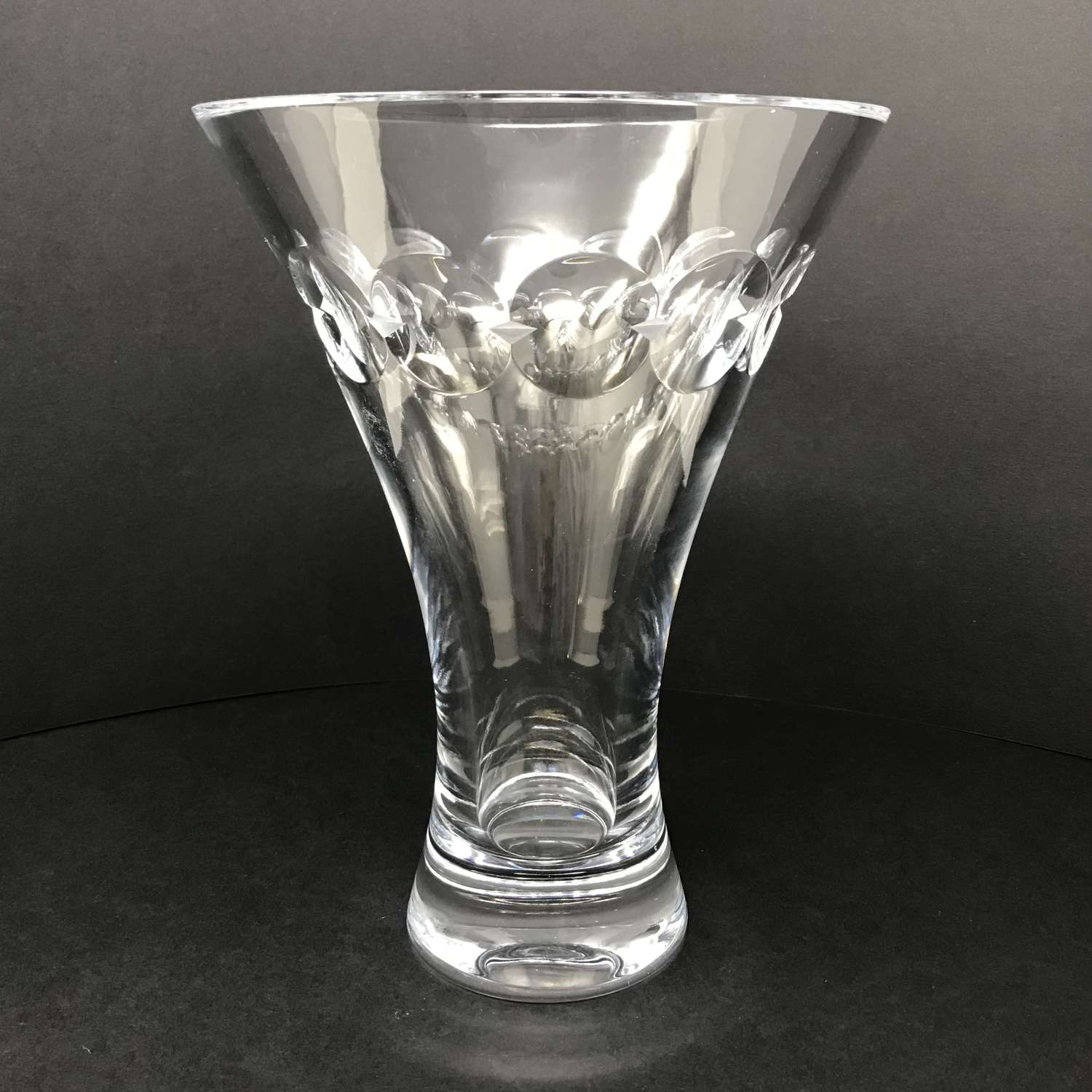 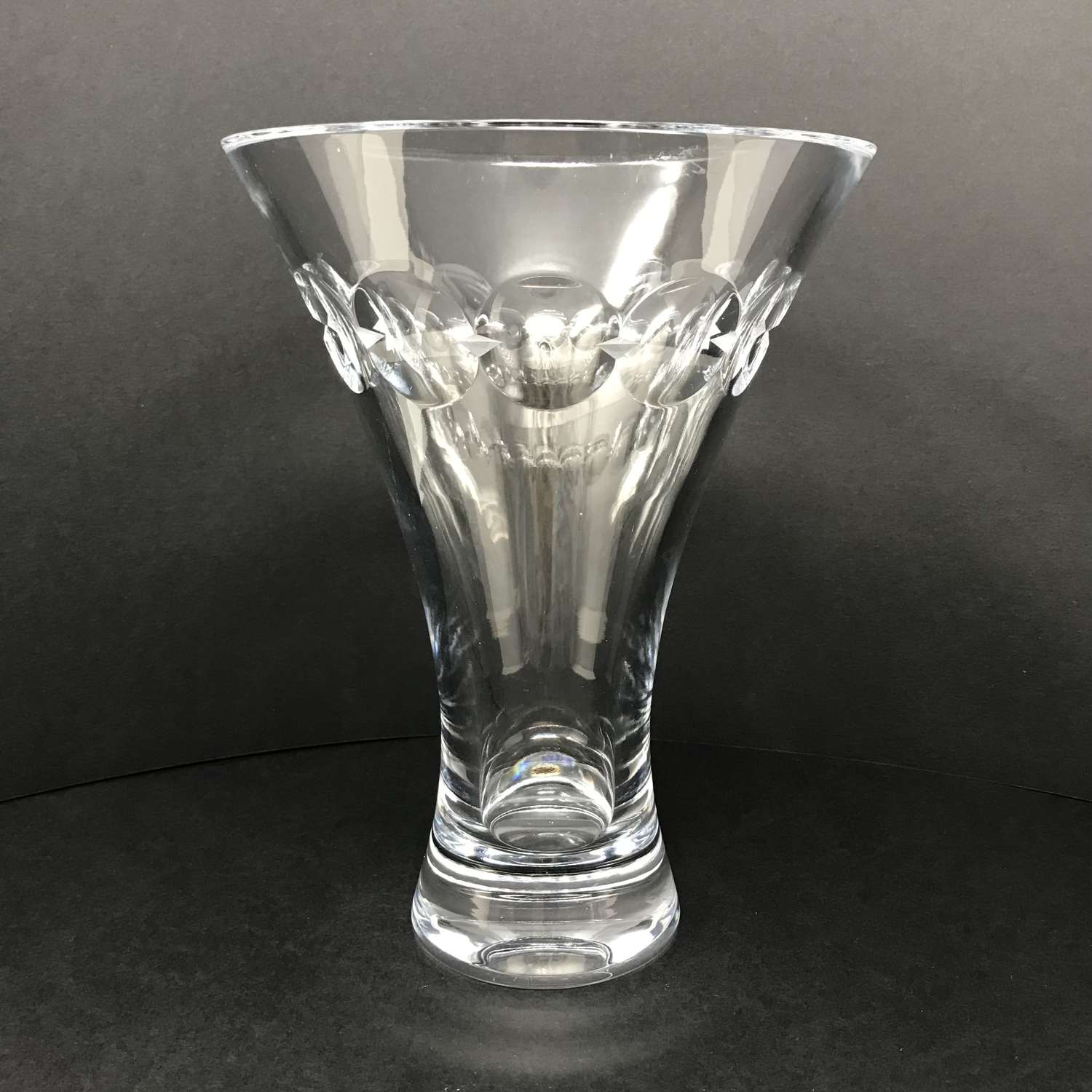 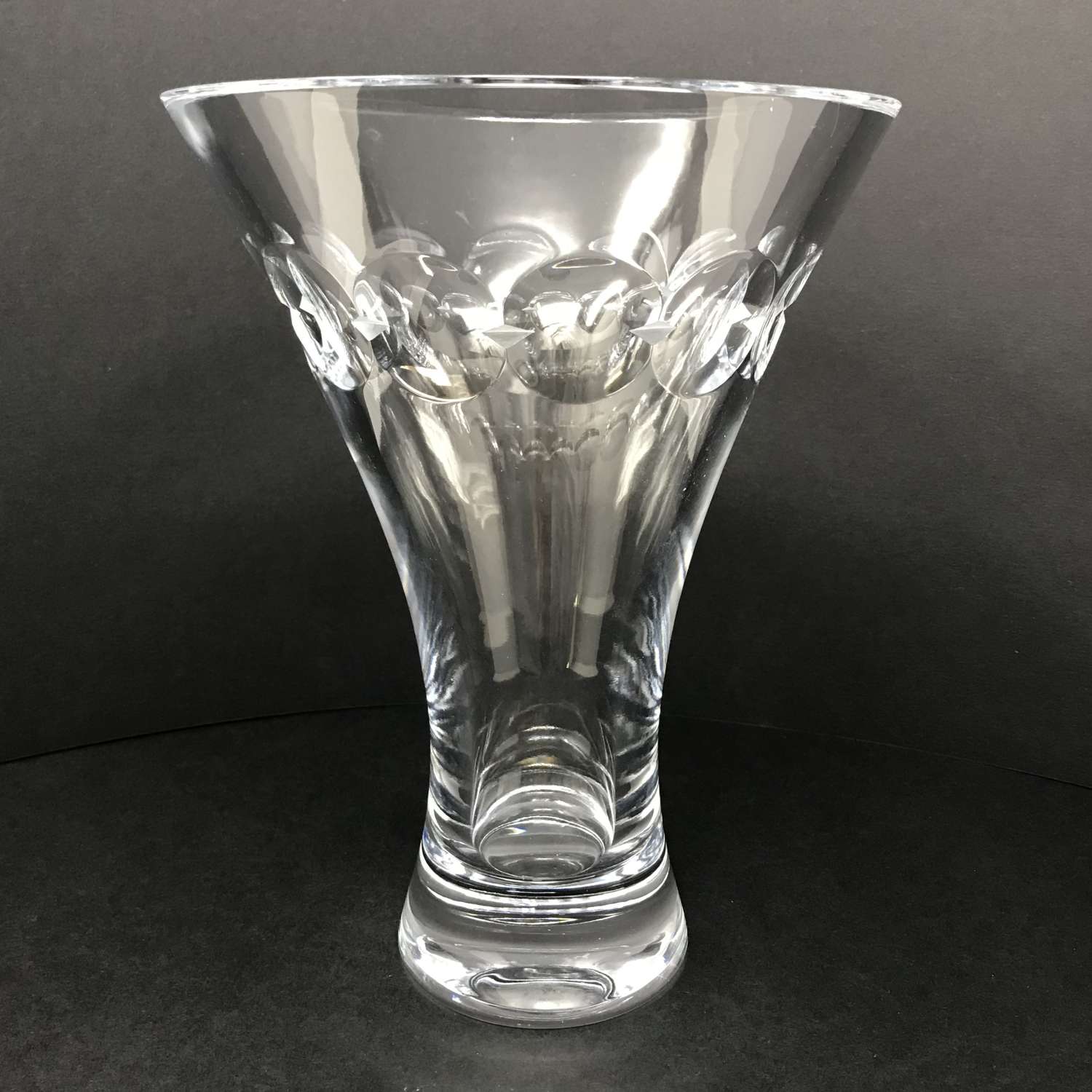 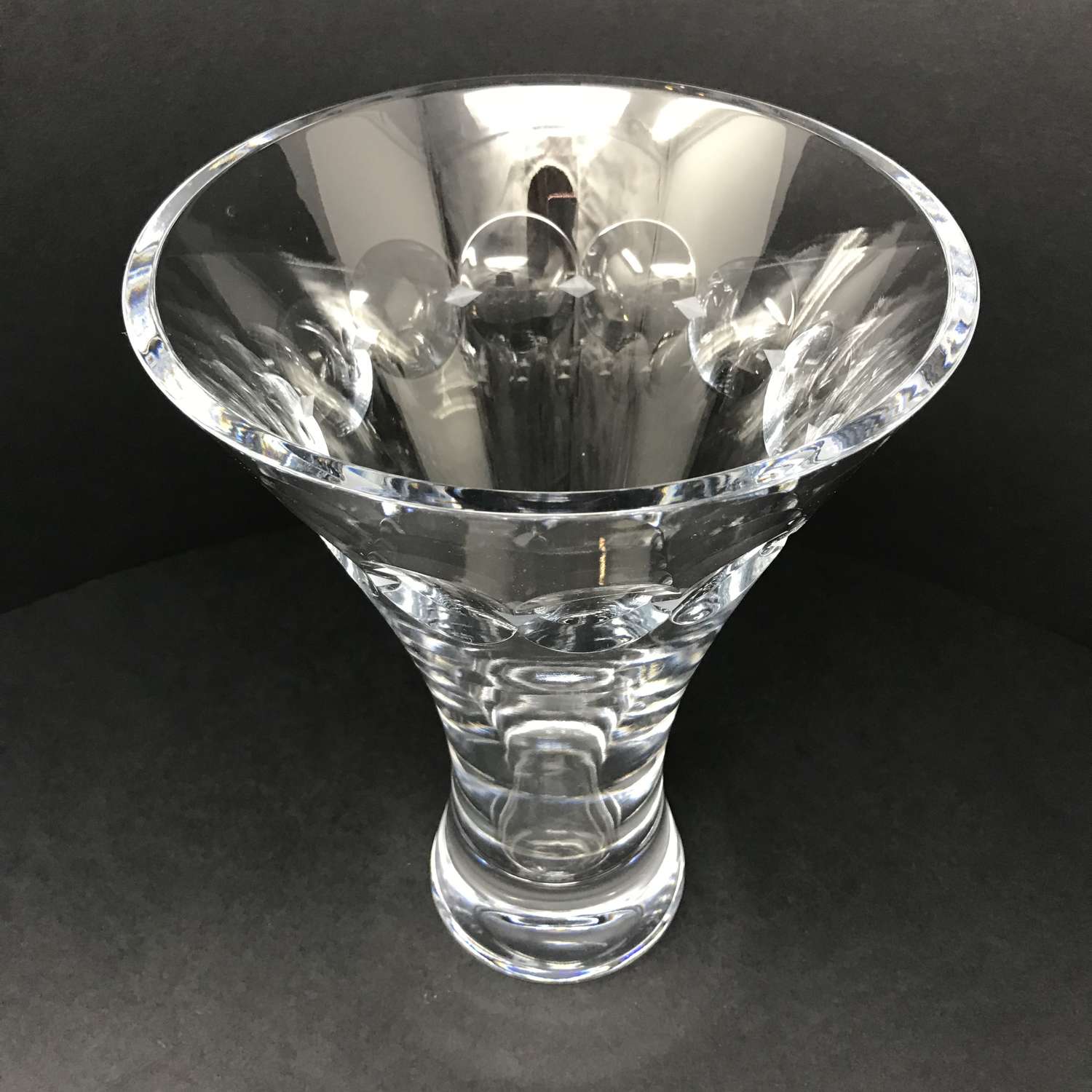 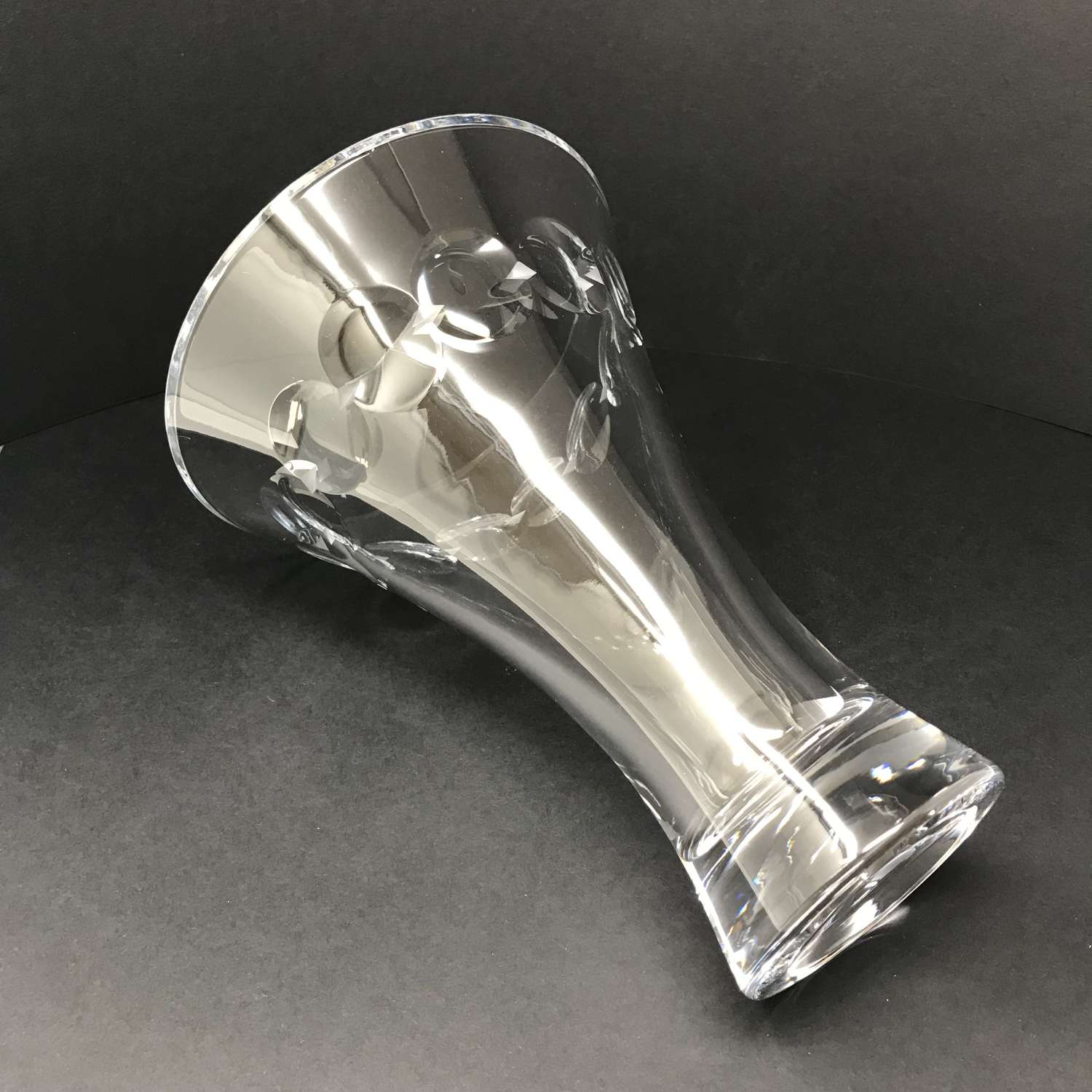 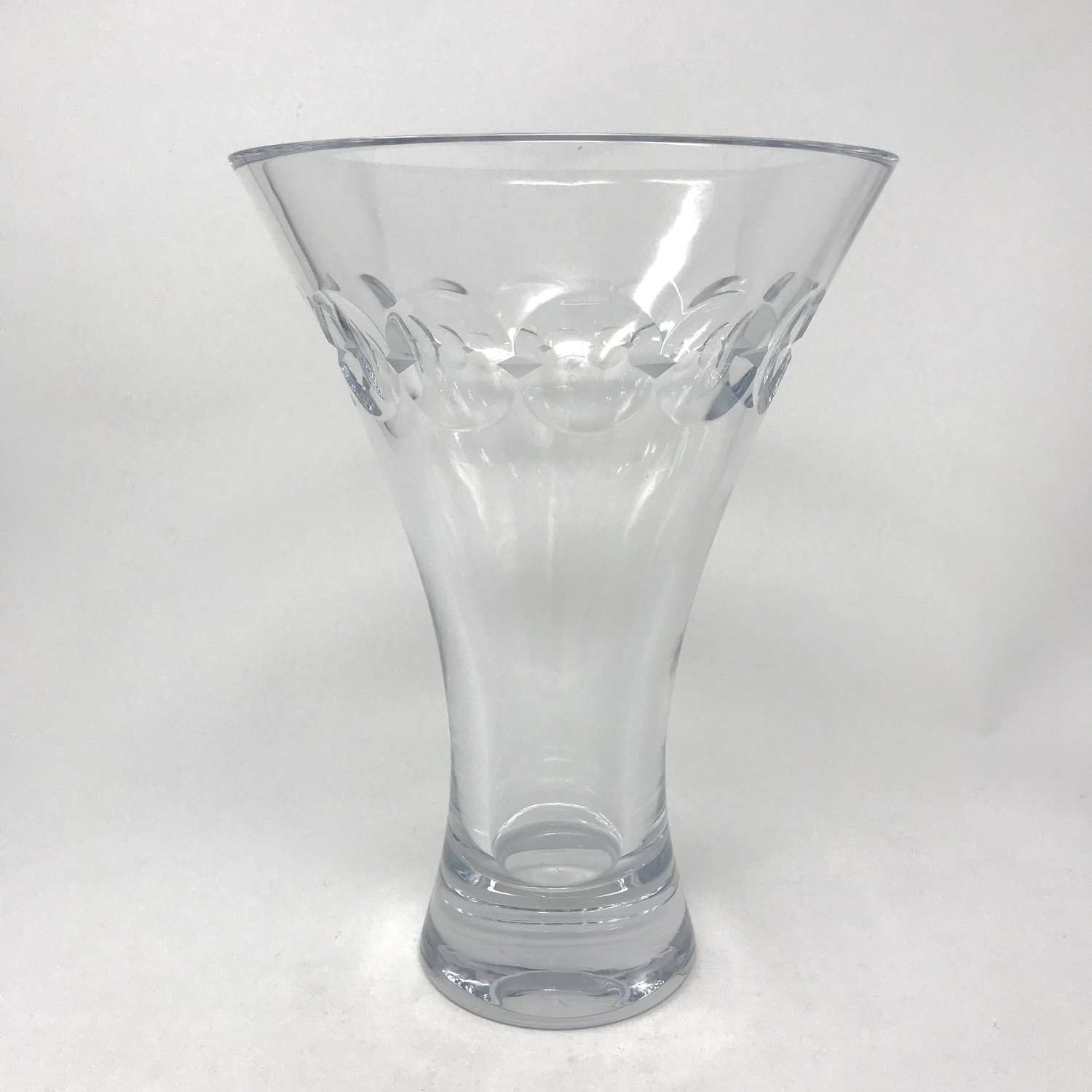 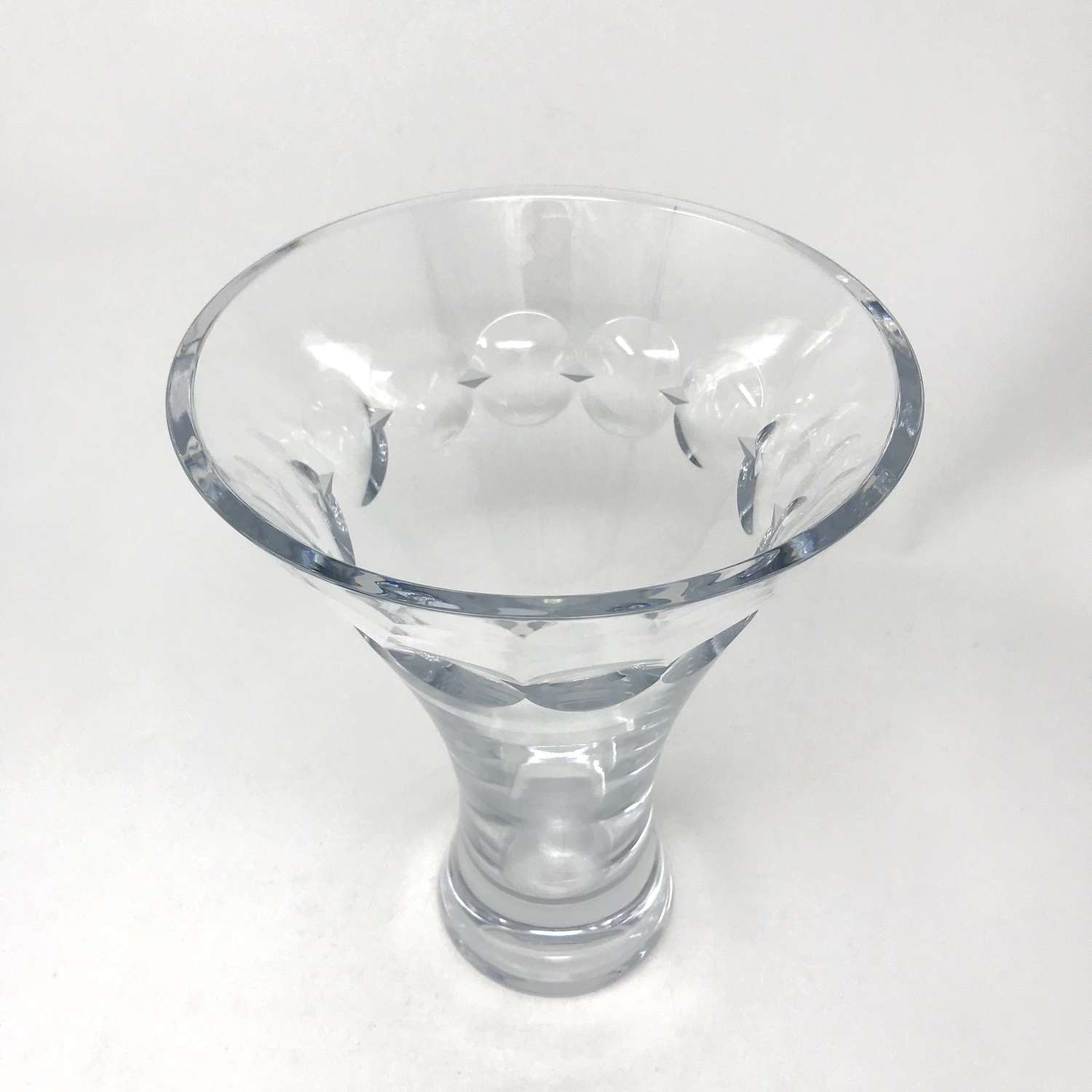 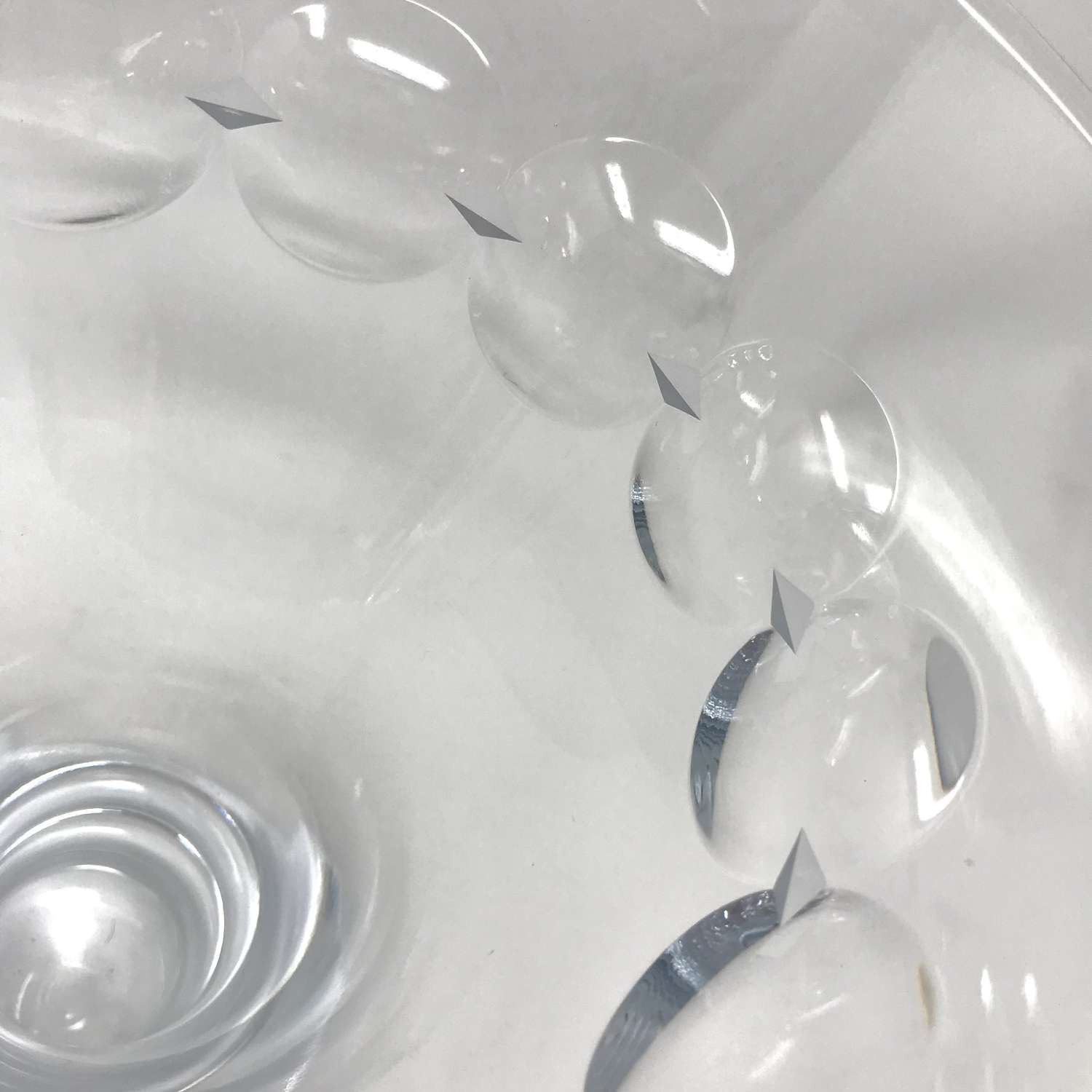 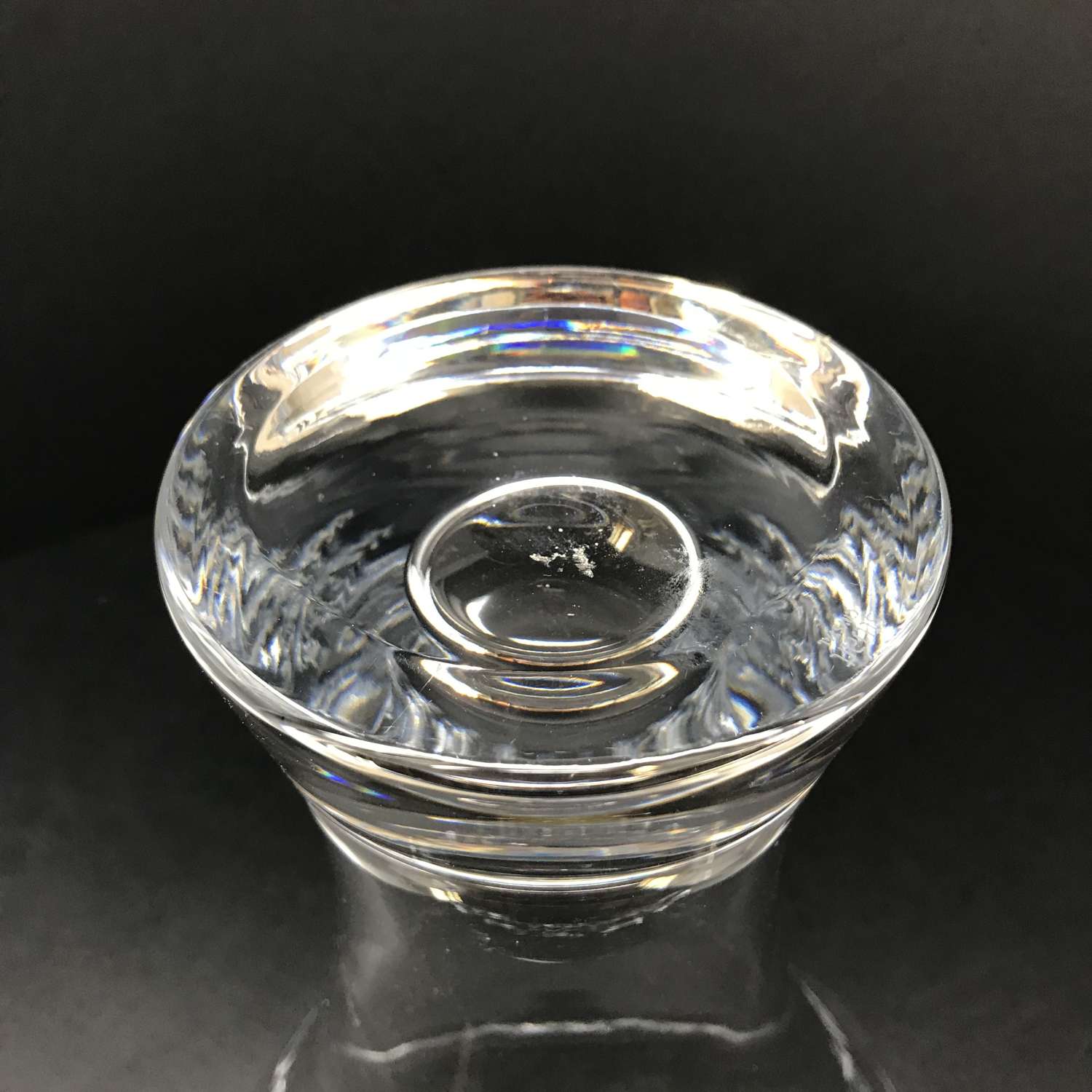 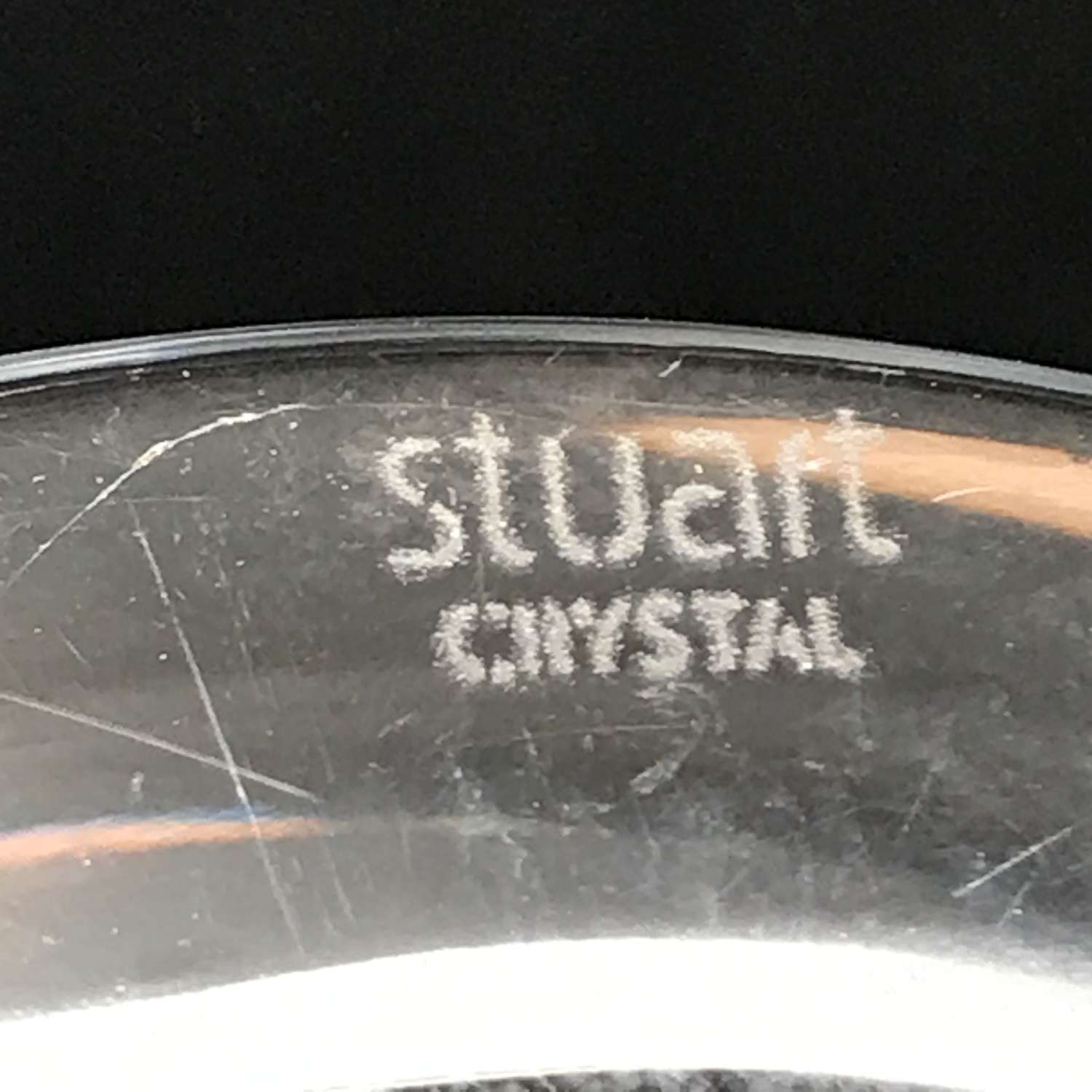